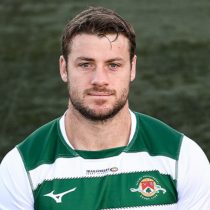 Winning the 2012 IRB Junior World Championship with the Baby Boks, the outside centre then went on to make his senior Currie Cup debut for WP in the same year.

Howard, began his rugby career at Western Province and was named in the South Africa Under 20s side that went on to win the IRB Junior World Championship

During the 2014-15 off-season, while with Western Province, the 24-year-old joined Irish side Munster where he played in the Guinness PRO12 tournament and the European Champions Cup.

Howard signed for the Dragons from Northampton which saw the versatile player join up with the squad for the 2016/17 season.

After 35 appearances, scoring six tries, Howard left the Men of Gwent at the end of the 2017-18 to join English Championship side Ealing Trailfinders.