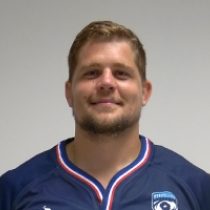 Despite being born in Pretoria, Willemse moved to Tsumeb in Namibia, where he played rugby for Tsumeb Gymnasium and earned a call-up to the Namibian Under-18 Craven Week squad in 2009.

In 2012, Willemse made his first class debut, starting the Golden Lions' 23–16 loss to the Leopards in the 2012 Vodacom Cup competition.

For the start of the 2013 season, Willemse made the short move to join Pretoria-based side Blue Bulls. He made two appearances for university side UP Tuks in the 2013 Varsity Cup competition before the Blue Bulls' 2013 Vodacom Cup matches against Griquas and the Pumas.

In January 2019, he was included in the French squad for the 2019 Six Nations tournament. He went on to make his test debut against Wales in the opening round of the competition and went on to play every game.

He was included in France's extended squad for the 2019 Rugby World Cup withdrew through injury.

The lock was recalled to the France squad for the 2020 Six Nations where he looked to add to his 5 test caps and two starts.