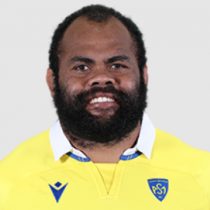 An incredibly versatile and powerful Fijian back-rower, Peceli Yato has all the attributes of a world-class player and some.

Yato has regularly plays in the back row as an openside flanker but throughout his career he has featured in the no.8 jumper as well as in the backline at centre.

Born in Sigatoka, the home of rugby in Fiji, Yato attended Waicoba District School and he got his secondary education at Sigatoka Valley High School and Sigatoka Mission College.

In 2013, he featured in the Junior World Championship where he shone in the Fijian team and caught the attention of French giants Clermont.

He signed with the club's Academy and made his Top 14 debut off the bench against Bayonne in January 2014.

It didn't take long for Yato to catch the interest of the Fijian senior team making his test debut in 2015 against Tonga.

He would go on to feature for Fijia during the 2015 Rugby World Cup in England and did so again in 2019 in Japan.

A regular in the Clermont team, Yato ended in the 2020/21 season with Clermont raising the bat for his 100th Top 14 game for the club.

He has played over 20 European games for the club too. He won the Top 14 with the club in 2017, the Challenge Cup in 2019 and was a regular in the sides that finished as runners up in the Champions Cup and Challenge Cup on two occasions since arriving at the club.