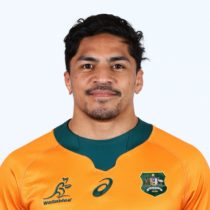 Born and raised in Melbourne, Pete Samu made his breakthrough in New Zealand before crossing the Tasman once again to feature for the Wallabies.

Samu first made his way in rugby playing for Moorabbin Rugby Club in his juniors before moving interstate to Brisbane and playing a handful of games in the first grade for Sunnybank Rugby. He also spent two seasons in England with the St Ives club in Cornwall before returning to Randwick then making the move to New Zealand, earning himself a contract in 2016.

A physical back-rower who makes storming runs and big hits, Samu turned out for the famed Randwick club in Sydney and was briefly in the Waratahs Wider Training Group before before heading to Nelson in New Zealand where he turned out for Waimea Old Boys.
His performances for the club side in Nelson earned him a call-up to the Tasman Mako side a later that year where he featured for the same side that his older brother and former Samoan International scrumhalf Lualua Vailoaloa.

The decision to head to New Zealand would pay dividends later as it set him on a journey that would see him earn a test debut. Samu first made the Tasman squad for the 2014 ITM Cup and helped himself to 4 tries in 9 games as the Mako reached the competition's final before losing out to Taranaki.


With competition for places tough among a star-studded Crusaders line-up which featured the likes of Kieran Read and Matt Todd, it was perhaps unsurprising that Samu only made 4 substitute appearances during his debut season. He made his debut against the Blues in Christchurch that year and was retained in the squad for 2017. He continued his fine Mitre 10 Cup form for Tasman scoring 3 times in 11 games in 2016 when the Makos were again defeated finalists, this time going down to Canterbury.

2017 was a break out year for Samu in Super Rugby as he appeared in 15 of the side's 18 matches providing a massive impact from the bench in most of those games as the Crusaders marched to their first of their three consecutive titles.

His form with the side led to a new deal with Crusaders for the 2018 season but in May 2018 he announced he had signed for the Brumbies to make him eligible for the Wallabies.

He was called into the Wallabies squad ahead of the 2018 June Internationals to face Ireland and featured in all three tests against Ireland.

He would go onto win another Super Rugby title with the Crusaders before joining the Brumbies and was named in the Wallabies Rugby Championship squad earning his first test start against South Africa.

Samu earned his 50th Super Rugby cap in the Brumbies quarter-final win over the Sharks in Super Rugby 2019 with injury preventing him from playing the Brumbies final game of the year, the only game he would miss in his first season with the side.

He would also miss out on a place in the Wallabies' Rugby World Cup squad with all 9 of his test caps to date coming in 2018.