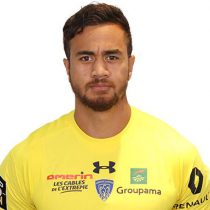 Born in New-Zealand but brought up in the inner west, Peter went to school at St Josephs College, playing his schoolboy rugby at wing or fullback alongside fellow Joeys’ teammate and flyhalf Kurtley Beale.

A member of Sydney University's formidable club side, Betham so impressed his then-club coach Damien Hill, that the new Melbourne Rebels coach rewarded him with a spot in squad for the inaugural 2011 season, when he earned his first eight Super Rugby caps.

A long time Coogee Wombat, he joined the club at the age of 10, playing right through the age groups until earning a place in the Joeys’ first XV in 2005. As a wing and fullback, he was a member of the premiership-winning sides of 2005 and 2006.

Betham played at wing and centre in 46 appearances in a season-and-a-half since joining the Leicester Tigers, starting all 13 Premiership fixtures in 2016/17.

In May 2017, the former Wallaby, 28, signed a two-year deal with les Jaunards to join the club next season.

He helped Clermont win the Challenge Cup in 2019. The two-time Wallaby made over 70 appearances for Clermont.

On May 2021, Betham confirmed that he would leave Clermont to sign for Pro D2 side Provence ahead of the 2021-22 season.