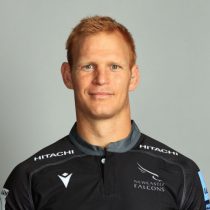 At the end of 2015 Van Der Walt returned to South Africa and joined the Sharks and has since played Super Rugby and Currie Cup.

Ahead of the 2017 Super Rugby season van der Walt has made 60 Super Rugby appearances and has scored 5 tries.

van der Walt lead the Sharks during the 2017 Super Rugby season in the absence of Pat Lambie, the flanker finished the regular season with the highest number of tackles.

He played in 13 of the Sharks 16 Super Rugby matches and linked up with Japanese Canon Eagles, missing the 2017 Currie Cup season.

In July 2019, he signed a three-year deal with Newcastle Falcons.