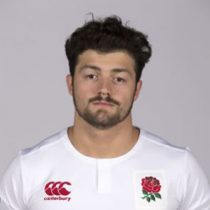 Former Sedbergh School lock Max Davies signed senior academy terms with the Falcons in the summer of 2016, having played for England Under-18s and 19s.

A former winger and back-row, the St Helens-born forward has previously played for Waterloo and Sale Sharks.

Davies was called up to the England squad for the 2017 U20 6 Nation squad.

In August 2018, he signed a deal with Ealing Trailfinders from Newcastle Falcons.