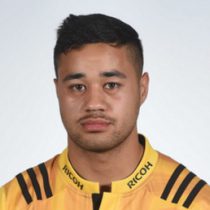 He was educated at Wellington College where he was a member of the 1st XV and plays his club rugby for the Tawa club.

KHP was a member of the New Zealand schools team in 2015.

Kemara was a member of the victorious New Zealand U20 squad that won the 2017 World Rugby U20 Championship in Georgia.

Following the success, he was named on the bench for the Hurricanes to face the Lions, if capped, he will be a rare example of a player running out for a Super Rugby franchise before playing provincial rugby.

He is a member of the 2017 Mitre 10 Cup campaign with Wellington Lions.