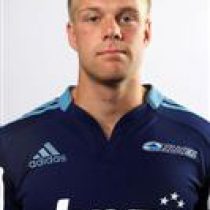 Baden Kerr was signed by the Blues in Super Rugby for two years, beginning with the 2013 season. He also represents Counties Manukau in the ITM Cup. Having worked his way through the Counties-Manukau system Kerr had previously been a member of the Chiefs Development squad, but his inclusion in Kirwan's Blues squad for 2013 gave him his first opportunity to play Super Rugby.

After two seasons with the Blues in 2013 and 2014, Baden signed with English club the Bedford Blues.

He returned to New Zealand in 2017 and was named in the Counties Manukau squad ahead of the 2017 Mitre 10 Cup.