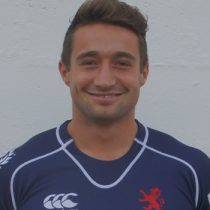 Miles attended Millfield School in Somerset and led his school to the 2009 and 2010 National Schools Sevens titles.

He joined Quins straight from school at 18 and helped the side reach the Premiership Rugby Sevens Final in 2010, with his performances helping earn him a contract with club's Academy as well as brining him to the attention of England Sevens.

The winger joined Scottish for the 2012/13 on a dual-registration from Harlequins, and helped Scottish to reach the Championship semi-finals and, in total, scored an impressive 43 tries in 76 appearance for the Richmond Athletic Ground.

Just before Christmas 2016, Mantella made the move from London Welsh to Ealing Trailfinders, and made quite the impact scoring 7 tries in 7 appearances for the side.

After that very positive first season at Wallis Way, Mantella struggled to hold down a starting spot in the 2017 season, competing against a strong Ealing back division.

In July 2018, he returned to London Scottish.