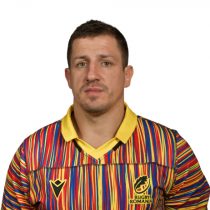 Macovei broke onto the scene in 2005 when he represented Romanian club, Steaua Bucuresti. Impressive performances at the club saw him make his Test bow a year later. The Romanian stalwart missed out on selection for the 2007 Rugby World Cup but made the cut for the 2011 global showpiece, starting in three of their four pool matches. Macovei had a short spell playing for French outfit, Massy from 2014 making 16 appearances and scoring three tries. He joined his current club, Colomiers in 2015. He became the captain of Romania in 2012. In 2015 he was selected for the Romanian World Cup squad.