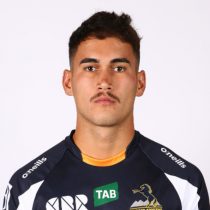 Reece Tapine joins the Brumbies for the 2021 Super Rugby season having starred as an outside back for Norths Eagles in Brisbane’s Hospital Cup in 2020.

Tapine made the switch from Rugby League, where he was part of the Burleigh Bears setup, when the Queensland Cup was shut down due to COVID-19.

The rangy speedster has the ability to play both on the wing and outside centre, the latter being where Tapine caught the eye of the Brumbies brass while plying his trade for Norths.

Tapine’s transition to Union should be aided by the likes of Tom Wright, Solomone Kata and Irae Simone, who all had League experience before committing to the 15-player code.