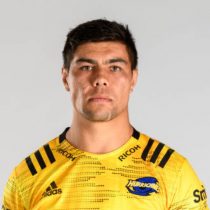 Prinsep attended and played rugby at Christchurch Boys' High School before going on to study law and commerce at the University of Canterbury.

Prinsep debuted in the loss to North Harbour in 2014 and made only one more appearance before Canterbury's quest for a seventh successive title ended in the semifinals.

The Canterbury Colts player of the year in 2014, Prinsep was in the wider training group for 2013's NPC.

Reed was named in the Māori All Blacks squad for their northern hemisphere tour in November 2016.

He made 1 appearance for the Crusaders in Super Rugby - against the Chiefs in 2016.

He signed up on a 2-year deal with the Hurricanes ahead of the 2017 Super Rugby season.

Prinsep appeared in 15 of the Hurricanes 17 2017 Super Rugby matches, as well as the match against the British and Irish Lions.

He was also a member of Canterbury’s Mitre 10 Cup Premiership winning side in 2017.

By 19 April 2021, Prinsep had played 60 times for the Hurricanes and become a consistent fixture in the run-on side through his determined work rate and physicality.