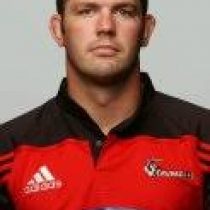 Reuben Thorne represented Canterbury 71 times between 1996-2011, including as a member of the national title winning sides in 1997, 2001, 2004 and 2011. He captained both the Crusaders and the All Blacks during his career, leading the Crusaders through their unbeaten Super Rugby season in 2002, and captaining the All Blacks to 20 wins in 23 matches.

Thorne’s transition to coaching included a senior rugby role with High School Old Boys in 2011 and 2012, and time as Technical Advisor with Honda Rugby in Japan. He has assisted in a number of position-specific coaching roles with the Crusaders and Canterbury sides, and has been Forwards Coach with the Mitre 10 Cup side since 2018.