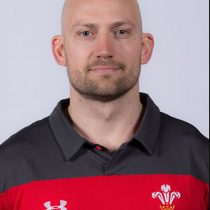 Hailing from the mountain-top village of Bedlinog near Merthyr Tydfil, Fussell moved down to nearby Nelson to play his junior rugby.

Having represented Ebbw Vale at youth level he elected to join up with the thriving Pontypridd RFC Academy in 2001, with international honours for Wales at under 17, under 18 and under 19 levels to his name.

Turning in some eye-catching performances as a fleet-footed, try-scoring winger, Fussell's rise to the top tier of Welsh rugby was now gathering pace. Called up to the Pontypridd senior squad towards the end of the 2002/03 season, he justified his promotion with an impressive tally of five touchdowns in five appearances.

Having cemented his place in the Pontypridd senior squad, Fussell's great promise was backed up by an invitation to train with the late Celtic Warriors regional team. Fussell went on to register 21 tries for Pontypridd in his 46 appearances for the club.

Fussell left Pontypridd in the 2005 close season to pursue a career with the Newport Gwent Dragons. Fussell joined the Ospreys for the 2010-11 season on a 2-year contract.

Since retiring, he has joined the Ospreys coaching staff as a Skills coach.

Worthington's supporters' player of the year 2011