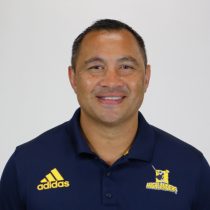 Flutey broke into the Hurricanes Super Rugby team thanks to his form with Wellington and made his debut for the against the Blues in the opening round of the 2002 Super 12.

He went on to make 38 appearance for the Canes before heading abroad to sign for London Irish. After his arrival at the Exiles the team achieved a play-off place in the 2005–06 Premiership, losing to the Leicester Tigers. That season, Flutey also started in the final of the European Challenge Cup, losing to Gloucester Rugby. At the end of the 2006–07 season, Flutey left London Irish to join Wasps.

He was rewarded for an excellent 2007/2008 début season with Wasps, winning the League, and he was named Player of the Year at the PRA awards. He qualified for England on residency grounds at the beginning of the 2008/09 season and he had announced on 14 May 2008 that he would be available for England selection as soon as he had completed his three-year residential qualification in September

On 1 July 2008, Flutey was named in Martin Johnson's first England Elite Squad and made his test debut against the Pacific Islanders at Twickenham on 8 November 2008. He scored his first international try against Italy in the Six Nations the following year and earned a place in the British and Irish Lions squad. On 30 May 2009 he became the first player to play both for and against the Lions in tour matches and he would go on to play the third and final test of the tour.

Flutey decided to join Top 14 club Brive, from the 2009–10 season, joining other English internationals such as Andy Goode, Steve Thompson and Jamie Noon. He played just 5 games for the club before his season was ended by a shoulder injury.

He returned to Wasps for the 2010/2011 season after just one season at Brive. At the end of the 2012 season Flutey quit Wasps to join Ricoh Black Rams.

He returned to New Zealand to finish his career at Wellington before retiring and turning to coaching.