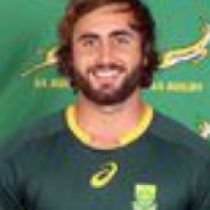 A product of the Springbok factory that is Grey College Bloemfontein, Rikus Pretorius had barely turned 19 when he was included in the Stormers’ broader Super Rugby training squad in 2018.


The former Grey College star centre was one of the hottest prospects on the schoolboy circuit and had various unions queuing for his signature with Western Province eventually winning the battle for his signature.


Strong but skilful, Pretorius featured in the 2018 U20 World Championship for South Africa and was vice-captain of the side in 2019 as he helped the side finish third overall.


He earned 5 caps for South Africa during his u20 career and made his first step into professional rugby as he was named in the Western Province starting XV to make his Currie Cup debut against the Cheetahs in August 2019.