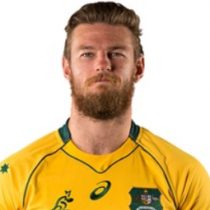 An extremely talented and versatile player Rob Horne burst onto the Australian Rugby scene with the Waratahs in 2008, helping the side to the Super Rugby Final.

During 2008 he was selected for both the Wallaby Sevens and the u20s. His season was capped off as he started the Super Rugby Final against the Crusaders, at the age of 19, despite losing 20-12.

Horne represented the u20s again in 2009 but injuries forced him to return home from his first Wallaby Tour to Japan and Europe after sustaining a hamstring injury whilst training in Tokyo.

He earned a recall to the squad the following season and made his Test debut against Fiji in Canberra, had it not been for injury, that honour will have come sooner.

By 2012, Horne had become the Wallabies first-choice outside centre by being selected to start in all three of the Wallabies Test matches against Wales, scoring two tries.

A switch to the wing saw Horne cement his position on the wing in 2014 and he looked set to feature for the Wallabies at the 2015 Rugby World Cup before a shoulder injury curtailed his involvement.

After the World Cup, he was named as vice-captain for the Wallabies in 2016 alongside Michael Hooper but was ruled out of game-time for the rest of the year after suffering from a leg injury against New Zealand in Sydney.

In February 2017, Northampton Saints announced the signing of the Australian centre into the club’s squad ahead of the 2017/18 season.

Horne's career was cut short at the age of 28 when he was forced to retire after he damaged nerves in his right arm.

Horne's illustrious career included 10 seasons with the Waratahs (101 caps) where played in a Super 14 final at the age of just 18 before claiming the Super Rugby title in 2014.

In total Horne won 34 caps for the Wallabies, representing Australia in two Rugby World Cups and against the British & Irish Lions in 2013.

He made 21 appearances in the Black, Green and Gold jersey of Saints, scoring eight tries.