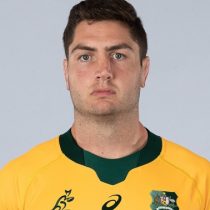 Hailing from Theodore in rural Queensland, Simmons is a product of the Southport School on the Gold Coast. He played his Junior rugby for the Theodore Roosters and as a senior, represented the Sunny Bank Dragons.

The towering second rower played for the Australian Schoolboys back in 2006, graduating to the Australian Under 20s in 2008, that competed at the Junior World Championship that same year. It wasn’t long before he stepped onto the Super Rugby scene, earning his debut in 2009 for Queensland. Another year later and Simmons found himself in the Wallabies side, earning his international debut against South Africa in Brisbane in 2010.

A consistent performer for both the Reds and the Wallabies, Rob earned 16 Test Caps during the 2010 and 2011 Test seasons and featured in six of the seven games during the 2011 World Cup. After being overlooked by the Wallabies for the start of the Rugby Championships in 2012, Rob took his expertise to the Queensland Premier Rugby competition, where he played a crucial role in Sunnybank’s runner-up finish, before returning to the Wallabies squad for their tour of South Africa and Argentina.

A consistent performer, Simmons did not miss a single a game of Super Rugby for the Reds since becoming a regular starter in 2011 – making it through four full seasons (101 caps) without absence.

Simmons was a mainstay in the Wallaby squad for the 2015 RWC and scored the fastest try of the competition (1.08 minutes) and helped the side reach the 2015 Rugby World Cup Final.

Following the conclusion of the 2017 Super Rugby season, Simmons was released by the Reds after 114 appearances before he signed a two-year deal with Rugby Australia and the Waratahs.

Simmons has reinvigorated his career following his move south from Queensland and enjoyed a rich vein of form during the Waratahs 2019 Super Rugby campaign, his form earned him a place in the Wallabies Rugby World Cup squad where he earned his 100th test caps against Georgia during the pool stages.

Simmons became just the 11th Australian Test centurion. Following the conclusion of the 2019 Super Rugby season, the veteran lock penned a new two-year deal with the Waratahs and Rugby Australia.