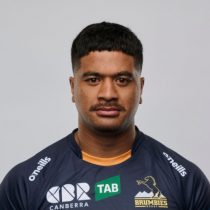 Iona has played the majority of his professional rugby in Australia for teams including the Brumbies, Canberra Vikings, Western Force and Melbourne Rising.

He has also played for Béziers in the French PROD2 league, and for UE Santboiana in the División de Honor, the top level of domestic rugby in Spain.

In 2018 Iona earned three caps for Samoa, playing against Fiji, Tonga and Germany.

In November 2019 he signed a deal with Jersey Reds.

Iona was also a mainstay in Manu Samoa’s side during the 2021 test campaign, helping guide his national team to 2023 Rugby World Cup qualification.

In September 2021, he joined the Brumbies squad for the 2022 Super Rugby Pacific season.