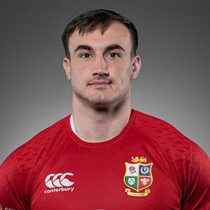 The younger brother of Connacht winger Cian, Ronan Kelleher is as powerful as his brother is fast. The St. Michael's College product played prop in school, but appears to be making the transition to hooker. Hugh Cahill is a known admirer of Kelleher's ability.

Kelleher made the most of his opportunity at the 2017 U20 World Rugby Championship in Georgia and is back for another year at the level, where he was a strong contender to captain the side.

He made his Leinster debut against Ulster in April 2019 and at the end of the 2018/19 season he signed a senior deal with the side that saw him go into the next season with 2 senior caps to his name.

As of November 2019, he has made 7 appearances for Leinster and has scored 30 points.

He was named in the region's squad for the 2019 Champions Cup where he looked to make his debut in the tournament.

Kelleher made his test debut against Scotland at the Aviva coming off the bench. He quickly established himself in the Ireland, playing mainly from the bench.

Following a four-try haul against Canada in July 2021, he was called into the British and Irish Lions squad during their tour to South Africa.

Kelleher trained with the Lions before the departed to South Africa and was called up as cover with just three hookers initially travelling with the side.

He arrives in South Africa with 13 tests for Ireland having scored five test tries.