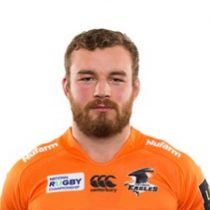 O'Regan signed for Ealing Trailfinders from Sydney University after captaining them to Shute Shield success in September 2018, which brought his ability to the attention of the Trailfinders.

The Australian, who can play in the second row and back row spent three years leading the university side as well as featuring for the New South Wales Country Eagles in his native Sydney.

After an impressive spell of performances, he was selected for the Sydney Stars NRC team, adding to his eye-catching rugby CV in the Southern Hemisphere.