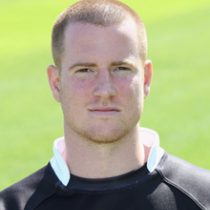 Clegg was born in Hannover, Germany but grew up in north-east England. He joined Newcastle Falcons and made his debut for them aged 18 and went on to score 342 points from 52 appearances in two spells at Kingston Park.

He moved south to Harlequins in 2009 and went on to score 264 points in 55 appearances for Quins. During his time at The Stoop he was part of the squad that won the 2012 Aviva Premiership title.

Clegg initially joined Glasgow Warriors in July 2015 as Rugby World Cup 2015 cover. After the contract finished he moved to USC Oyonnax but returned to Scotstoun Stadium in March 2016.

At international level Clegg was named man of the match when England Saxons won the 2011 Churchill Cup and he won caps for England U20, U18 and U16.

Clegg joined Ealing Trailfinders in February 2017 from the Glasgow Warriors on a long term contract and made 7 appearances in the 2016/17 season.