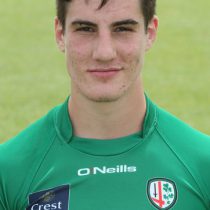 In May 2017, London Scottish revealed the signing of Neal for the 2017/18 season on a permanent deal.

The exciting centre featured for the Scots on a number of occasions last year on a dual registration deal, and impressed in the number twelve shirt.

Ahead of the 2019/20 season, he signed a short-term deal with London Irish.

Making 13 appearances for Wasps in his one and a half seasons with the club, he left the club for Major League Rugby side Seattle Sunwolves ahead of the 2020 season.