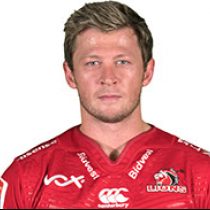 A speedy fullback with great vision, Combrinck first represented the Sharks at U18 and U19 level before moving to the Western Province U19s in 2009.

A Vodacom Cup debut for WP in 2010 helped the back move up the ranks and joined the WP Currie Cup squad in 2011. 2012 was the big year for Ruan as he signed with the Lions and got his first taste of Super Rugby.

Combrinck is an adaptable player who consistently performs in several positions. He brings a level of calmness to the field with his experience.

Combrinck's outstanding performances earned him his Super Rugby debut in 2016 against Ireland. He made 3 other appearances for the Springboks before a shoulder injury cut his season short.

Combrinck has 52 Super Rugby caps and will look to add to his current 123 points in the 2018 Super Rugby season.