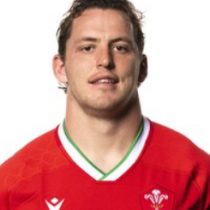 The academy product plied his trade with Carmarthen Quins and featured for Wales U20s before coming to the fore with the Scarlets senior side.

The Scarlets hooker has had standout campaign at the west Wales region more than filling the boots of Welsh star Ken Owens when the skipper was away on international duty.

His graph has been rising steadily ever since.

In May 2017, an uncapped Elias was named in the Wales squad for the two-Test summer tour.

December 2017 saw him sign an undisclosed-length contract extension to remain at Scarlets.

In May 2018 he was named in Wales Summer Tour squad and added to his two test caps.

Elias went into the 2018 November International with 5 test caps.

Ahead of the 2020 Six Nations, he was named for the Wales squad with a total of 9 caps.

In April 2021, Elias signed a new deal with the Scarlets.