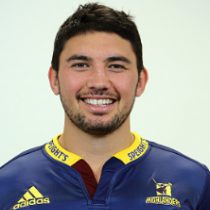 In 2012 Sam made regular starts for the Otago ITM Cup team and made his Super Rugby debut playing off the bench for the Highlanders against the Crusaders in 2014.

2017 saw him get named in the Provincial Barbarians side to face the British & Irish Lions in their tour opener in Whangarei on June 3.

In 2018, he was called up to the Crusaders squad as an emergency cover, he made one appearance for the side.