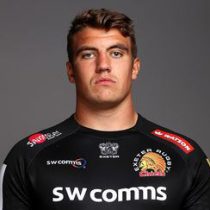 A former England u20 lock, Skinner signed a deal with the Exeter Chiefs in 2015 and went onto make his debut for the club against Gloucester in the LV=Cup.

He became a prominent part of the Exeter squad that won the English Premiership title for the first time in 2017 and finished as runners-up in the 2017/18 season.

In October he was called up to the Scotland senior squad ahead of the November Internationals.

He qualifies for Scotland through his father who is from Ayr.

Skinner was named in Scotland's squad for the 2019 Rugby World Cup but sustained an injury against France which ruled him out of the tournament.