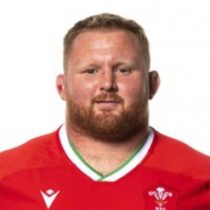 A former member of Coedcae Comprehensive School, Samson Lee has played rugby for Felinfoel and Llanelli. He joined the Scarlets at under-16 level and later became a member of the academy. Since joining Llanelli RFC in 2010 he has made 15 appearances over 2 seasons, scoring one try.

Lee was a member of the Wales under-20 team during the Six Nations Championship in 2012 and the IRB Junior World Championships in South Africa the same year, forming a strong partnership with fellow Scarlets front-row players Rob Evans and Kirby Myhill.

In the same year, he made his senior debut for the Scarlets and went on to earn 28 caps in his first season. In 2013, Lee made his international debut against Argentina and has since earned himself 9 caps. 2013 was a stellar year for Lee and was named in the RaboDirect PRO12 dream team.

In 2014 he made the starting lineup for his national team in the Autumn series which saw them take on Australia, Fiji, New Zealand and South Africa. Lee featured heavily for Wales in their 2015 6 Nations campaign and has earned a spot in the 31 man squad for the 2015 RWC.

Lee was heavily involved in the Autumn Series and played 5 times during the 2017 6 Nations championship.

In May 2017, Lee was named in the Wales squad for the two-Test summer tour. The Scarlets tight-head has represented Wales on 34 occasions.

The 38-Test cap tighthead was once again included in the Wales squad for the 2018 June Tests following a strong season with Scarlets as well as a solid 2018 6 Nations.

Lee heads into the 2018 November International with 38 test caps.

Ahead of the 2019 Six Nations, Lee has had 17 previous 6 Nations appearances. He has yet to score any points.