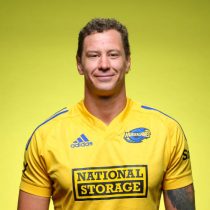 Scrafton was a New Zealand Schools representative in 2011 and also turned out for New Zealand U20 in the 2013 IRB Junior World Championship in South Africa.

Scrafton was called into the Auckland squad in 2014 and after a strong debut season he was named in the Blues wider training squad for the 2016 Super Rugby season.

He made his Super Rugby debut for the Blues against the Waratahs in 2016. He was been added to the Blues 2017 Super Rugby squad and extended his Blues contract until the end of 2019 Super Rugby season.

It took until Round 8 to get his first start but was a regular in their final nine games of the Super Rugby season, with the 2m lock proving outstanding at lineout and his general play.

He started in nine of the Blues final 10 games and looked to take his form into the Mitre 10 Cup before an injury saw him miss the entire competition.

Scrafton's form earned him a spot in the North squad for the 2020 North v South clash.

Scott Scrafton will continue his time with the Hurricanes after re-signing with the side until the end of the 2022 season.