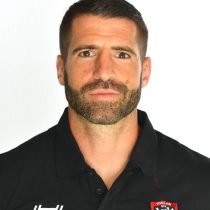 Sebastien began his professional career in 2005 when he joined Barritz in the French Top 14.

After struggling to secure game time, he made the move to Castres in the 2007-08 Top 14 season. There he managed to earn himself a starting position and impressed so much that he received a call up to the national side who toured Australia. In 2011 he signed for Toulon and formed a formidable partnership with Jonny Wilkinson as they guided Toulon to two consecutive Heineken Cup titles in 2013-14.

He has since cemented himself within the French squad and partook in the 2014 November internationals. Appearances at the 2015 Six Nations followed, and his impressive 2014/15 season culminated with inclusion in the French squad for the 2015 Rugby World Cup.

Tillous-Borde remained at Toulon until he announced his retirement in 2018 making over 150 appearances for the club.

Following his retirement, he turned to coaching at the club.