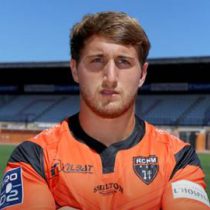 Younger brother of Pumas fullback Joaquín, Segundo Tuculet is a talented fullback who has the ability to play at centre and wing.

He has represented Argentina in rugby sevens in 2014 and 2015, competing in seven World Rugby Sevens Series events.

He made one appearance in Jaguares' 2016 Super Rugby season and went on to represent he Argentina XV.