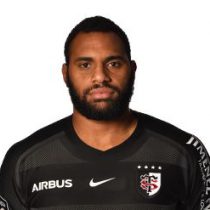 Before being called to represent the Fiji National Sevens side in Dubai 2013, Semi started his career playing rugby in the local 7's competition.

He scored a total of 37 tries in the 2014-2015 World Rugby Sevens Series and was named in three World Rugby Dream Teams' (Gold Coast, Las Vegas, and Glasgow).

Semi then signed with Toulouse, beginning his career in the 2015-16 season, while also availing himself to represent Fiji Sevens if he should be called.

Having been part of the Fiji team that won gold at the Olympics, he continued to play in France before moving to Harlequins ahead of the 2018/19 season

In his debut season, he managed to dot over twice against French outfit Agen. He would go on to score one more try in the season against Leicester Tigers.

In 2020, Kunatani signed a deal with Castres.