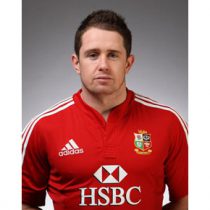 The flying winger, whose 57 tries in 141 games remains an Ospreys record, retired from rugby after the 2012 Guinness PRO12 Final in Dublin, his skill helping to see the Ospreys home to a fourth league title.

Since retiring fully from the sport in 2012, the Ospreys ‘Original’ has been a director of Star Multifuels, helping to establish the company as a major fuel supplier in south and west Wales.

He was the first ever recipient of the Lifetime Achievement award at the Ospreys end of season in 2015 before making a return to the region in an ambassadors role in January 2017.