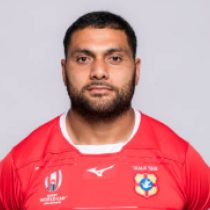 The Tongan native had earned a reputation as one of the game's most destructive ball carriers over the course of his career. His professional career began at Nottingham before he was spotted by Gloucester when he signed a contract with the West Countryside in the summer of 2012.

Having spent five seasons with Gloucester, the Tonga international signed for Leicester Tigers in June 2017.

The powerful ball-carrier became a big favourite during his three-year spell at Welford Road, making more carries (721) than any player in the Premiership. He also made the fifth most tackles. Only one other player has made more than 500 carries and 500 tackles during that time.