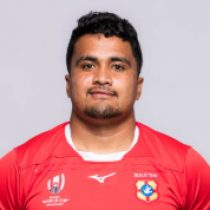 Before his call up Maile was yet to play a game of professional rugby having yet to make a single appearance in Super Rugby or Mitre 10 Cup.

Featuring for club side Shirley Vikings, Maile did manage to force his way into the Canterbury B side before he was named in Tonga's squad and ultimately given a starting debut against the All Blacks ahead of the Rugby World Cup in Japan at the age of 22.