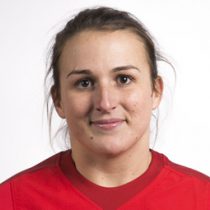 Siwan made her international debut against Ireland at Donnybrook in the 2016 Six Nations championship as a second-half replacement for Rebecca Rowe, making her full debut a week later against Scotland at the Gnoll.

She was then recalled for the 2017 Six Nations, with her performances securing her name in the tournament the following year.

Lillicrap was named in the Wale's squad for the 2020 Women's Six Nations, where she looked to add to her 20 caps and 5 points scored in the tournament before it was brought to a halt by COVID-19.

In June 2020, the Wales Women International signed a new deal with Bristol Bears Women ahead of her 8th season at the club.