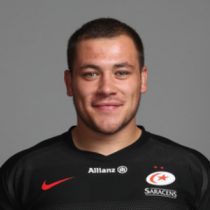 Hailing from Dundalk RFC, a place not as known for its rugby pedigree, McElroy was on the Ireland and Leinster radar for a while. His all action style has seen him represent Ireland since U18s.

In June 2017, McElroy was rather controversially removed from the Ireland World Rugby U20's squad as news circulated that he was in talks to join Saracens. This news was confirmed weeks later as the former Ireland U20 hooker announced that he would be joining the European champions senior academy.

McElroy, who came through the ranks with Dundalk RFC, impressed for Ireland U20s during the 2017 U20 Six Nations, starting all five games and scoring three tries. He joined Saracens from Dublin’s Landsdowne RFC.

In December 2021, he signed a loan deal with London Irish.