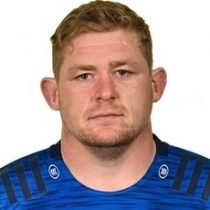 Tadhg Furlong has had an explosive start to his still fledgling career. At one stage a promising Gaelic football player, the Wexford native has since focused on rugby and hasn't looked back since.

Furlong played for the Irish U20s side, winning 13 caps, before making his test debut.

Having come through the youth ranks at Irish province Leinster, Furlong has since amassed 26 caps for the Irish side. Primarily a tighthead prop, the versatile front rower can also cover the loosehead position as well. Noted for his big carrying in the loose,

Furlong is also known to be a solid scrummager at either prop position. In 2015 he was somewhat surprisingly chosen in Ireland's 31-man squad for the Rugby World Cup, ahead of a number of more senior squad members. Opportunities were limited to a single appearance off the bench.

At the age of 23, Furlong's second test start delivered Ireland's first win over the All Blacks. By tighthead standards, he is relatively still inexperienced, however with only 24 starts in three seasons for Leinster he does not look out of place at test level. Furlong was also involved in Ireland's summer test tour win against South Africa & started three November internationals.

On evidence of his performance against the All Blacks, Furlong will be looking to confirm himself as Ireland's starting tight-head for the foreseeable future.

The former New Ross clubman turned in a superb scrummaging performance, while he also worked hard in the loose, getting in some big carries and making tackles around the pitch, covering a huge amount of ground for a prop forward.

In April 2017, Furlong was selected for his maiden British & Irish Lions tour, at the time of selection Furlong had 16 caps.

May 2017 saw him received the Supporters’ Player of the Year award at the Rugby Players Ireland Awards.

By August 2018, with just 26 test caps to his name, Furlong already built a reputation as one the best tighthead props in the business. He started at tight-head prop in four of Ireland's five matches in their Six Nations grand slam-winning campaign in 2018.

He scored a try in the 2019 European Rugby Champions Cup final for Leinster but lost 20-10.

As of November 2019, Furlong has made 102 appearances for Leinster, scoring 30 points.

He heads into the 2019 Champions Cup with 32 appearances in the tournament and has scored 15 points.

Furlong was named for the Six Nations 2020 Ireland squad with 41 caps.

In May 2021, he was named in the 37-man squad for the British and Irish Lions. For the second tour in a row, Furlong went on to start all three tests for the tourists.

On Wednesday the 9th of November Tadhg was selected to Captain Ireland for the Autumn Nations match against Fiji. In the midweek press conference he was his usual down to earth self!

Furlong: "The last team I captained was the Irish 18s.

"And that's going back, boy!

"It could be my only time. It's class.

"It's not something I ever thought would be on my radar.

"I said to Faz, it's no bother off the pitch but what do I do on it, go to the corner or what?"

Tadhg Furlong: "I never dreamed of captaining my country as a young fella."

Aisling O'Reilly the interview - "What did you dream of?"

2017 Supporters’ Player of the Year