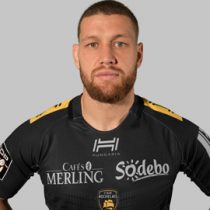 Having represented New Zealand in Argentina at the under 20 world cup, Kerr-Barlow has built quite a reputation for himself as an abrasive physical scrum-half. Playing with the Chiefs in Super Rugby, Kerr-Barlow became an integral part of their side since his debut, helping them to a championship in 2011.

His quick delivery has been key in setting their backline alight, but he has also shown an eye for a gap, consistently making sniping runs from the base of the ruck. On the back of his impressive 2011 season, Kerr-Barlow was added to the New Zealand squad in 2012, making his debut against Scotland.

He struggled with injury in the 2014 & 2015 seasons and fell out of favour but played for the NZ Maori in 2015 and remained apart of the All Black Rugby Championship Squad.

He continued to perform at the Chiefs in 2016 as they made their way to the semi-finals of Super Rugby when they were knocked out by Chiefs.

Kerr-Barlow was selected in the All Blacks squads for the 2016 Rugby Championship and the touring side that went to Europe.

His opportunities were limited as Steven Hanson saw Aaron Smith and TJ Perenara as his top 2 scrum-halves.

Ahead of Super Rugby 2017, Kerr-Barlow had made 67 appearances for the Chiefs in Super Rugby, scoring 7 tries.

In March 2017, the Chiefs half-back announced he would leave New Zealand at the end of 2017 to join French club La Rochelle.

Kerr-Barlow left the Chiefs having played 83 matches for the Cheifs scoring 10 tries, he also made 27 Test appearances for New Zealand.

He heads into the 2020 Top 14 season having made 59 appearances for La Rochelle and has scored 45 points.