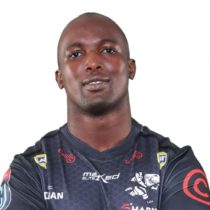 Bholi represented the Border Country Districts at the Under–18 Craven Week tournaments in both 2007 and 2008. After school he moved to Port Elizabeth and joined the Eastern Province Kings Academy.

He has since risen through the ranks and claimed a spot in the Southern Kings Super Rugby squad. Bholi represented the Pumas during the 2017 Currie Cup.

Bholi made 22 appearances for the Bulls over two seasons in Super Rugby with the Bulls before he signed a deal to rejoin the Kings ahead of the 2019/20 season.

In 2020, he headed to the Sharks to link up with the side for the 2020 Super Rugby Unlocked and Currie Cup season.