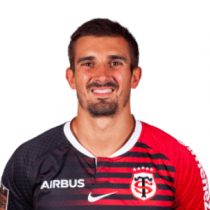 Having sharpened his rugby skills from the age of 5 and representing the French U20s, Ramos was selected to play his first professional match with Stade Toulousain at the age of 18 on a two-year deal in 2014.

He continued to represent Toulouse until the 2015/16 season when he was loaned to Colomiers in the ProD2.

Ramos is an extremely effective back three player, his versatility allows him to slot into almost any position in the backline.

In January 2019, he was included in the senior French squad for the 2019 Six Nations tournament.

His impressive displays at the tournament secured his name in the French squad for the 2020 Six Nations.