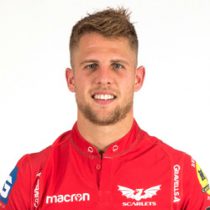 Tom Williams made his Cardiff Blues debut as one of Phil Davies’ youngest members of the 2012/13 season. Williams comes from a family of rugby internationals, with his father Brynmor Williams, a former British and Irish Lion and Wales scrum half and his older brother, Blues and Wales scrum half, Lloyd Williams. Tom was named in the 2012 Wales Sevens squad for the Gold Coast.