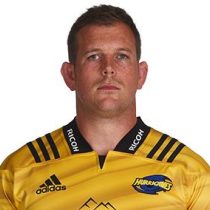 Smith was born in North Queensland, but raised in Hamilton by New Zealand parents. He attended Hamilton Boys’ High School and was a member of the 2008 New Zealand Under-20s squad which won the then IRB Junior World Championship.

Smith has a dominant presence around the field with good scrummaging technique. Smith was a consistent performer in the ITM Cup and helped his side Waikato win the Ranfurly Shield in 2012.

The former New Zealand Under 20 2008 Junior World Championship winning team member has worked hard to try to cement a starting position for the Chiefs.

In 2014, he signed with the Melbourne Rebels to play Super Rugby and after a season in the NRC, and his consistent performances earned him a Wallaby Squad call up for the 2015 RWC.

On 5 September, he made his international debut coming off the bench against the United States in a Rugby World Cup Warm-up match.

He was named in the Wallabies June internationals and added to his 4 Test caps when he came off the bench against Fiji and Italy.

In July 2017, Hurricanes announced that Smith will join the Wellington-based side ahead of the 2018 Super Rugby season on a two-year deal.

Smith, who won two Super Rugby titles during four seasons with the Chiefs, played 50 matches for the Rebels as well as six tests for Australia.

Smith made 13 appearances for the Hurricanes in his first season with the side taking his Super Rugby cap tally to 92 and 5 tries.