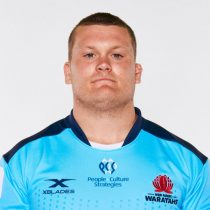 Robertson is considered one of “Dubbo’s brightest young rugby prospects”. The former number-eight-turned prop has played rugby since the under 8s for the Dubbo Roos, where he also played league.

A member of the NSW Under 20s, Robertson was also a representative of the Australian Under 20s in 2014, which saw NSW players make up approximately half of the team.

In 2015, as part of the Sydney Stars, he held the leading try-scoring spot as a prop, proving his worth as a Super Rugby contender.

Robertson debuted for the NSW Waratahs in round four of the 2016 Super Rugby competition. Coming off the bench, immediately making an impact, beating three defenders to score his first Super Rugby try for the Waratahs. In late July 2016, he re-committed to Waratahs for a further two years and will extend to his 13 Super Rugby caps. It quickly became a breakout year for the young prop with a call up to the Wallabies squad and made his test debut off the bench against Argentina in Sydney.

Robertson managed to juggle his fast-tracked rugby career whilst studying a medical degree at Sydney University, completing his Bachelor of Medical Science (majoring in Physiology and Pharmacology) in 2015.

The powerful loosehead quickly racked up 24 tests by the end of 2018 but injuries hampered his 2019 campaign as he made 7 appearances for the Waratahs and missed out on a place in the Rugby World Cup squad.

In 2021, Robertson signed to join the Western Force from the Waratahs. He arrives at the Force after playing 62 games for the NSW side.