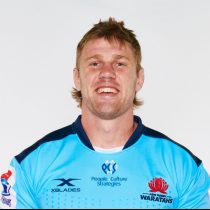 Originally from the nation’s capital, Staniforth has been around the professional rugby environment since his schooling at Canberra Grammar.

He made a name for himself playing for the Australian U20 side at two Junior World Championships and has gone on to play for the Canberra Royals, Eastern Suburbs in Sydney and the NSW Country Eagles in 2017.

Described as a joker by his teammates, Staniforth has completed a Cert III and Cert IV in Fitness and is currently grinding away at a Construction Management degree at the University of Newcastle.

Tom made his debut for the NSW Waratahs in the team's opening match of 2018 against the Stormers at Allianz Stadium.

With a tireless ethic and a focal point at the lineout, Staniforth has racked up 54 Super Rugby caps by June 2020.

In October 2020, he activated a clause in his Waratahs contract and left the club early to pursue an offer elsewhere.