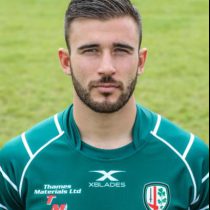 Born in Plymouth, England, Tommy is the brother of Chris Bell, a fellow professional.

Tommy attended the Bacup and Rawtenstall Grammar School and went on to represent Sale Sharks for two seasons before joining his brother at London Wasps. A quality distributor, Bell operates primarily at ten but is equally comfortable in the centre.

Bell, who is comfortable playing at both fly-half and full-back, amassed 123 points in 25 outings in all competitions for the Tigers prior to his move south.

In just his first season with Irish Bell racked up more than 250 points, his goal-kicking faultless throughout the campaign.