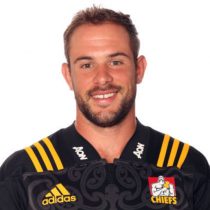 Tyler Ardron is a Canadian rugby union player who plays for Ospreys. Ardron plays in the back-row but is also capable of providing cover in the second row. He made his debut for the Canadian national rugby team against the United States during the 2012 Summer Internationals.

The following year he was named Canadian Player Of The Year and also appointed National Captain.

In September 2014 Ardron signed a new three-year deal with Ospreys. Following another good season for the Ospreys in 2014/15, he was selected to represent Canada at the 2015 Rugby World Cup.

The back-rower was named players' player of the year the last time he enjoyed an injury-free season and endured a wretched run of luck over two campaigns, with one bump after another restricting him to just nine outings since he helped the Ospreys to the Pro12 semi-finals in 2015.

Ardron played for the Canadian Sevens team in 2012 and represented them in 8 tournaments.

In May 2017 New Zealand side the Chiefs announced that Ardron would be joining them for the 2018 Super Rugby season.

Ardron provided plenty of cover following Micheal Leitch's departure as he can cover all three positions in the back row as well as lock.

During his first two seasons with the Chiefs, he made 26 appearances scoring 5 tries.

Ardron captained Canada at the 2019 Rugby World Cup with 37 caps to his name.

Ahead of the 2020 Super Rugby season, Ardron has been named for the Chiefs squad. He has obtained 26 caps so far and will be looking to extend this in 2020.