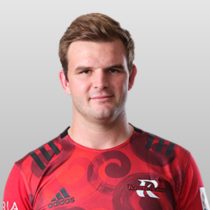 Voted Kings U19 player of the year in 2013, lock/flank Paul's skills shone during the 2017 Super Rugby season as he featured in all 15 of his sides season, so much so that he was given a two-year deal with the Sharks ahead of their 2017 Currie Cup campaign.

His work ethic and drive makes him a perfect fit for the Sharks team and his move to Durban will prove to be beneficial for his personal development.

Paul was a key fixture in the Sharks 2017 Currie Cup squad as they made their way to the final. Paul will look to build on his solid start to his Super Rugby career with the Sharks in 2018 and will provide his new sides with plenty of options with his ability to play across the back row and at lock.