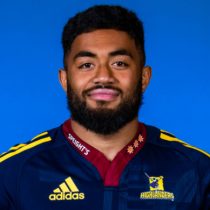 Originally from Suva, Koroi was selected out of Wanganui High School where he made the Wanganui U16 team and was also named Most Valuable Player in the Hurricanes U15 tournament.

Earlier he gained recognition as an all-round sportsman - winning intermediate 100m sprints and making the NZ U17 touch rugby team.

The Manawatu teenager Vilimoni Koroi was a surprise inclusion in the New Zealand Sevens team to compete at the 2017 Wellington 7s tournament.

In the 15s game, Koroi is very versatile with his ability to play in the centres, at wing and at fullback.

Having helped the NZ sevens to a Common Wealth Gold medal, Koroi was included in the New Zealand u20s squad for the 2018 U20 World Championship.

He remains an integral part of the Otago squad as they compete at the 2020 Mitre 10 Cup.